First published on 8 October 2015 by the Croatian weekly Telegram. Then republished in both Englosh and German language.

Crossing the border between Greece and Macedonia. Photo: Vladimir Arsenijević.

Fifteen hastily abandoned tents are scattered in disarray on a small portion of no man’s land between Serbia and Croatia. All over trampled mud on which different shoe-prints can be discerned lie piles of uprooted sugar beet. The place is virtually littered with various personal items – pieces of clothing either forgotten or discarded in haste, pale pink mats printed over with big blue letters saying UNHCR – THE UN REFUGEE AGENCY, brochures published by Alliance Biblique Universelle with selected suras from the Koran printed in Arabic script, muddy leaflets also in Arabic, containing maps of Southeast Europe, lists of refugee camps and reception centres, phone numbers, email addresses and other similar information, half emptied cans of beans, sardines or tuna, plastic water bottles, boxes of biscuits, disposable plates, children’s diapers and toys, banana peels, crumpled cigarette packs.

The overwhelming silence convincingly testifies to the speed with which this makeshift camp was abandoned. In a ghostlike atmosphere that still lingers after everyone has left in haste, it is hard to imagine that only a few minutes earlier it was swarming with people. One thing, however, is quite certain: no one will ever miss it.

A week ago Croatia closed shut all its borders with Serbia in sheer panic over the growing wave of refugees redirected here after the Hungarians decided to impose tough and non-wavering measures against further entrance and passage of the migrants through their territory. Ever since, more then a thousand refugees gathered in the bleak vacuum of the intermediate zone. For a whole week, this narrow stretch of hard Pannonian soil represented their whole wide world. And the only thing all these people could possibly hope for was that sooner or later something would happen that would once more allow them to continue further with their long and arduous journey… (continue HERE) 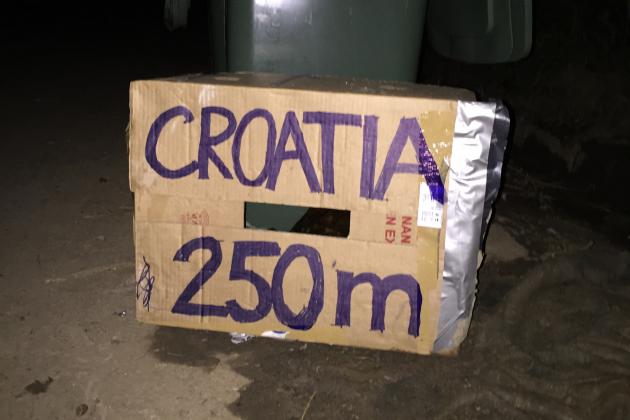 First published by Aftonbladet, Sweden on 11 July, 2015 , this text was soon republished in many other European media. This English version link is from the finlandtimes.fi. 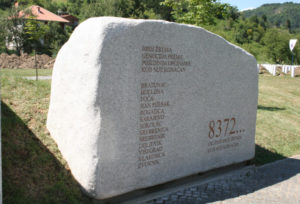 Twenty years have passed since that horrific day of July 11th 1995 in Bosnia and Herzegovina, when the Army units of the self-proclaimed Republic of Srpska, led by the infamous general Ratko Mladić, entered the town of Srebrenica. What followed is well-known globally, even though the true scope and the very essence of this event have been too many times and in all possible ways challenged or minimized.

One thing is, however, indisputable. Disregarding the question whether the UN Security Council (too often prone to double or even multiple standards) will – or even should – ever adopt the Srebrenica resolution, the fact remains that the biggest massacre in Europe after the Second World War was committed there by the Bosnian-Serb forces who in five days of carnage managed to kill more then 8.000 men – all of them Bosniaks – ranging from 12 to 77 years of age… (Continue HERE)

Vladimir Arsenijević: Between a Rock and a Hard Place

This text was written in 2009. as an introduction of a book entitled Subjective Atlas od Serbia

SERVANTS TO OUR RULERS

It is not easy being a Serb. No doubt, it is far from easy being an American. Or Dutch, Bulgarian, Austrian, for that matter. Or… you name it. National identities are unnatural and far too often oppressive, to say the least. We are rarely free to adopt them by personal will. We get automatically tagged with them at birth whether we want it or not, and in exchange for that doubtful right to carry a certain passport and to pay our taxes to a particular tax-collector, we have to deal with far too many matters that would otherwise never cross our minds had they not been brought there by our respective political elites. And responsibilities that go together with them are simply unfair. As ordinary people, our main interest and goal is to simply live our lives to the fullest and we would instinctively never let anything stand in the way of that. But in the world as we know it, something like that is simply not possible. If you were, by virtue of geographical mishap, born in, let’s say, Iraq or Afghanistan, if your country happened to have been ruled by the ruthless dictator or a group of religious fundamentalist freaks in the past and than simply ran over by the largest global foreign military power which obviously came to stay forever – sadly, it is you, the ordinary citizen, who has to take the blame for all the things you could neither control nor change, and who on top of all that has to pay the extraordinarily high price. You will suffer politically as well as economically and, most likely, at the end of the day, it will be you who will get killed by the suicide bomber at the local green market while trying to get hold of some fresh vegetables to feed your family. Sanctions, blockades, military interventions and all other “modern” means of pushing renegade nations into submission are rarely (read: never) directed to such nations political elites. People are those who suffer, one way or another. So, disregarding all the big talk, all that late XX / early XXI century fake lingo invented by idiots and signifying nothing, in the harsh reality of the so-called “modern” world, we are simply, as ever before, recognized as loyal Servants to our Rulers and the World acts exclusively according to such major simplifications. The sad fact is that we nevertheless keep calling this weird place in which we live a “modern” world.

Because, truly, there is nothing “modern” about it… (continue HERE)*

*and while you are at it, check out the whole PDF of Subjective Atlas of Serbia. It’s cool.

Vladimir Arsenijević: Our Negroes, Our Enemies

This text was first published in summer 2007 by German daily Die Zeit as “Unsere Neger, unsere Gegner”. This link from signandsight.com is in English. 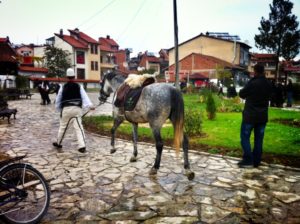 “… At the top of this vertical, in the far north on the border with Austria, was the economically most advanced republic Slovenia. In a certain sense Slovenia stood for the permanent “high” in what was then the common homeland. You then moved on down through Croatia, Bosnia-Hercegovina and Serbia in the centre to Montenegro and Macedonia in the far south, the chronic “low” of our former country. “The further south, the more deplorable” (“Sto juznije to tuznije”) was the popular saying used to describe the ladder along which a specifically Yugoslavian brand of racism was always directed at those who were on the next rung down geographically and economically. Hence the Slovenians showed the contempt they felt for the country bumpkins, idlers or failures of the other republics most clearly towards the Croatians; the Croatians for their part passed it on to the Serbs; and the latter, in turn, took pleasure in making fun of the Macedonians or Montenegrins. The Bosnians, on the other hand, as the people who inhabited the centre of the Republic of Yugoslavia, were the object of mockery from all sides. But right at the very bottom came the Albanians who lived in the southern Serbian province of Kosovo (continue HERE)