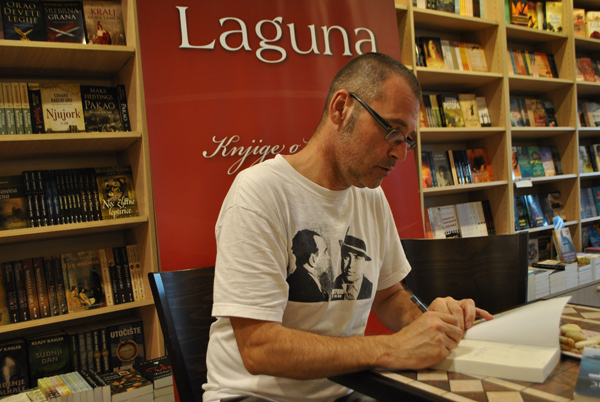 The brand new Serbian language edition of Vladimir Arsenijević’s debut novel “U potpalublju” (In the Hold), which was originally published in 1994, shall soon be available in the bookshops all over Serbia. Soonafter, Arsenijevićs’ new novel – “Ti i ja, Anđela” (You and me, Andjela) – a radical and renamed remake of his 1997 title “Andjela” shall also be pubished, both by Laguna publishing house.

Vladimir Arsenijević says: ‘The novel “Ti i ja, Anđela” is a complete remake of the book “Andjela”. The actual story remains the same but the way it is delivered is now significantly different then before. I currently work on the manuscript of the book “Arkadija” (Arcadia), a third volume of the “Cloaca Maxima – A Soap Opera” tetralogy that I abandoned in March 1999, more precisely: on the very day when the NATO bombing of Serbia and Montenegro has started, because I was thoroughly sickened with the reality in which we then lived, to the point that I could not even right about it any more. I had to wait many years for that feeling to evaporate so that I could finally return to that particular narrative about life in Belgrade during the first years of the last decade of the twentieth century which is just as bleak as the times in which the story is set.”
The third volume of the collection, entitled “Arkadija”, continues with the story exactly where the book “Ti i ja, Anđela” has stopped. Its’ publication is planned for 2017.
The last part of the “Cloaca Maxima – A Soap Opera” tetralogy entitled “Brdo” (The Hill) will be out soon afterwards.

All four books of this collection shall be published by Laguna, Arsenijevićs’ regular publisher ever since his 2013. novel “Let” (The Flight). 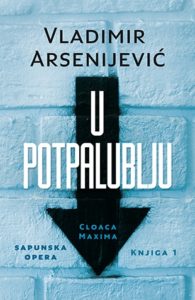